The traditional fire alarm system is complicated to install, program and maintain. For the fire alarm and evacuation, fire extinguishing needs of small hotels, small businesses, factories and others, people are looking for a more convenient fire alarm system.The adoption of wireless communication technology can greatly improve the installation and maintenance of fire alarm system. 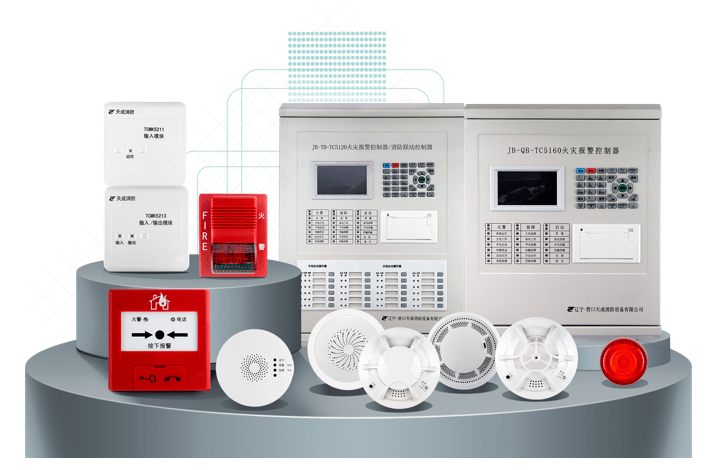 With the new generation of high-speed processors, compared with the traditional technology, the data processing speed is faster and the data storage capacity is larger. The control panel is beautiful in appearance, easy to operate, easy to learn and use. LCD is adopted, with display resolution of 480×272, and information display is intuitive. System operation history recording function: fire alarm history, linkage history, fault history and other history each have a capacity of 1000. It CAN support CAN bus and network with other fire alarm control panels of our company. Wireless 470MHZ communication mode is adopted to connect with the detectors matched with the system. Executive standard: GB4717-2005 fire alarm control panel GA 1151-2014 general requirements for wireless communication function of fire alarm system GB16806-2006 fire linkage control system.

·Main control module
The main control board is responsible for analyzing and processing the information data transmitted by other components in the system, and according to the data analysis results, commanding other components in the system to execute corresponding commands, such as control speaker voice alarm, etc.
·Display module
The display component provides the main output interface of alarm information, as well as the daily maintenance and query interface.
·Key module
Matrix buttons are used in the control panel, which is very convenient for users to set up and maintain the system.
·Power module
The power supply module supplies power for the whole system equipment, and provides power fault signals such as main power fault, standby power fault and standby power undervoltage, and has good anti-interference ability.
·Wireless 470 module
The 470MHzFSK coded bidirectional communication can communicate with 32 wireless devices.
·Loop control panel
This control panel can be connected with 18 intelligent loop control panels, which has less wiring and high reliability. Each start/stop key on the manual fire control startup panel can be associated with any bus equipment connected to the system by definition, and complete the start/stop control of the bus linkage equipment, thus thoroughly solving the inherent problems of engineering wiring, equipment configuration and installation and debugging of the alarm linkage integrated system.
·Direct control panel
This control panel can be equipped with 6-way three-wire direct control panel, and has the functions of detecting open circuit and short circuit of output line, which can guarantee the reliability of the control module itself and its connection with important equipment to the maximum extent.